Event Manager is a smart, built-in, added value room control feature in the Lightware HDBaseT™ compatible TPS extender family, the MODEX line and in most Lightware matrix switchers like the MMX6x2-HT series units. The feature is available through the freely downloadable Lightware Device Controller software.

All the Control You Need is Already Built-In

Event Manager can perform a selectable action when a predefined condition is detected. A detected event is called Condition, the response is called Action. This application tool was developed to handle tasks from the most simple to expert ones, like any condition changes on the media ports, such as a new source being connected or removed, controlling the rolling shutter, the air conditioning system or the lights in a collaboration space.

Event Manager application is continuously updated with additional room control features via firmware upgrades. The system can also recognize infrared commands which can also be set as conditions, and commands can also be sent via Ethernet. Event Manager saves time, cost and even installation space, which makes Lightware equipment the optimal choice in a number of different configurations.

Assigning an action to a condition is quick and easy using the Wizard function of Event Manager, even if the user has only little previous AV experience.
The most typical examples of the currently selectable conditions and actions within the Event Manager Wizard are the following: 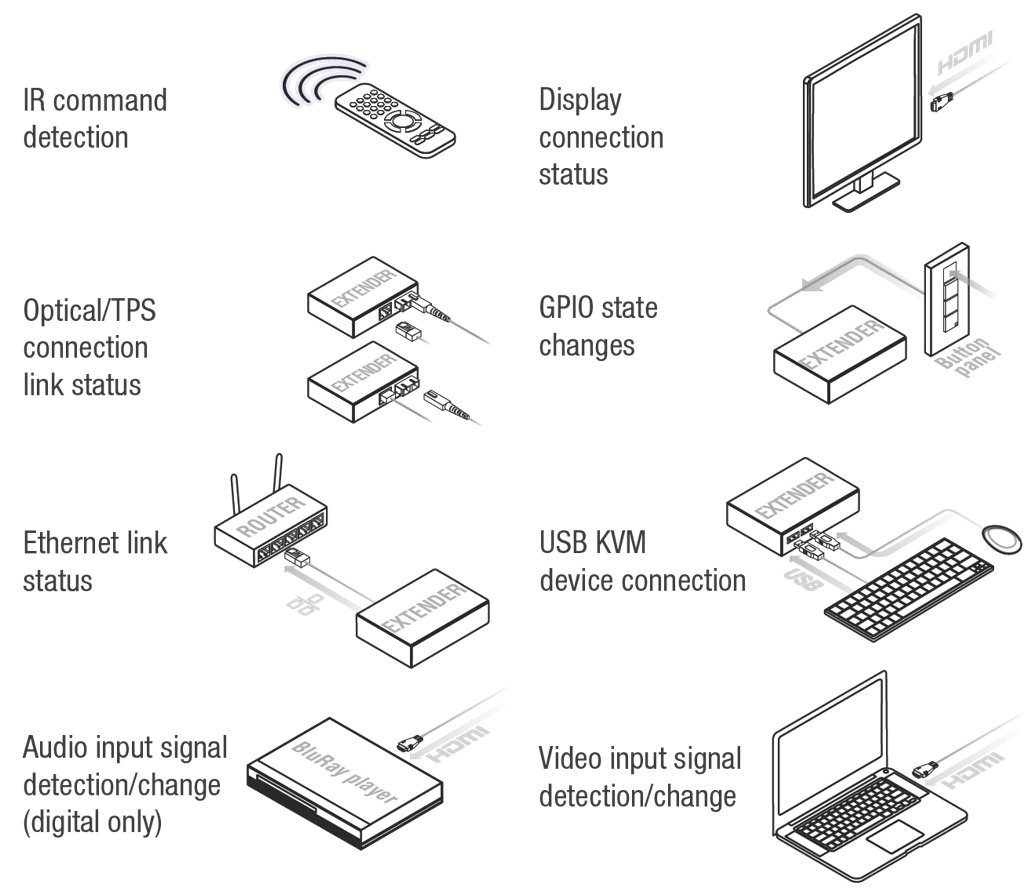 With a button panel connected through the GPIO port, the UMX-TPSTX140 switcher can be controlled from a remote location; input switching is available even if the transmitter is mounted underdesk. In the example above there are three actions followed by a condition. When an input selector button is pressed on the remote button panel, the selected input port is switched to the output, the projector turns on. 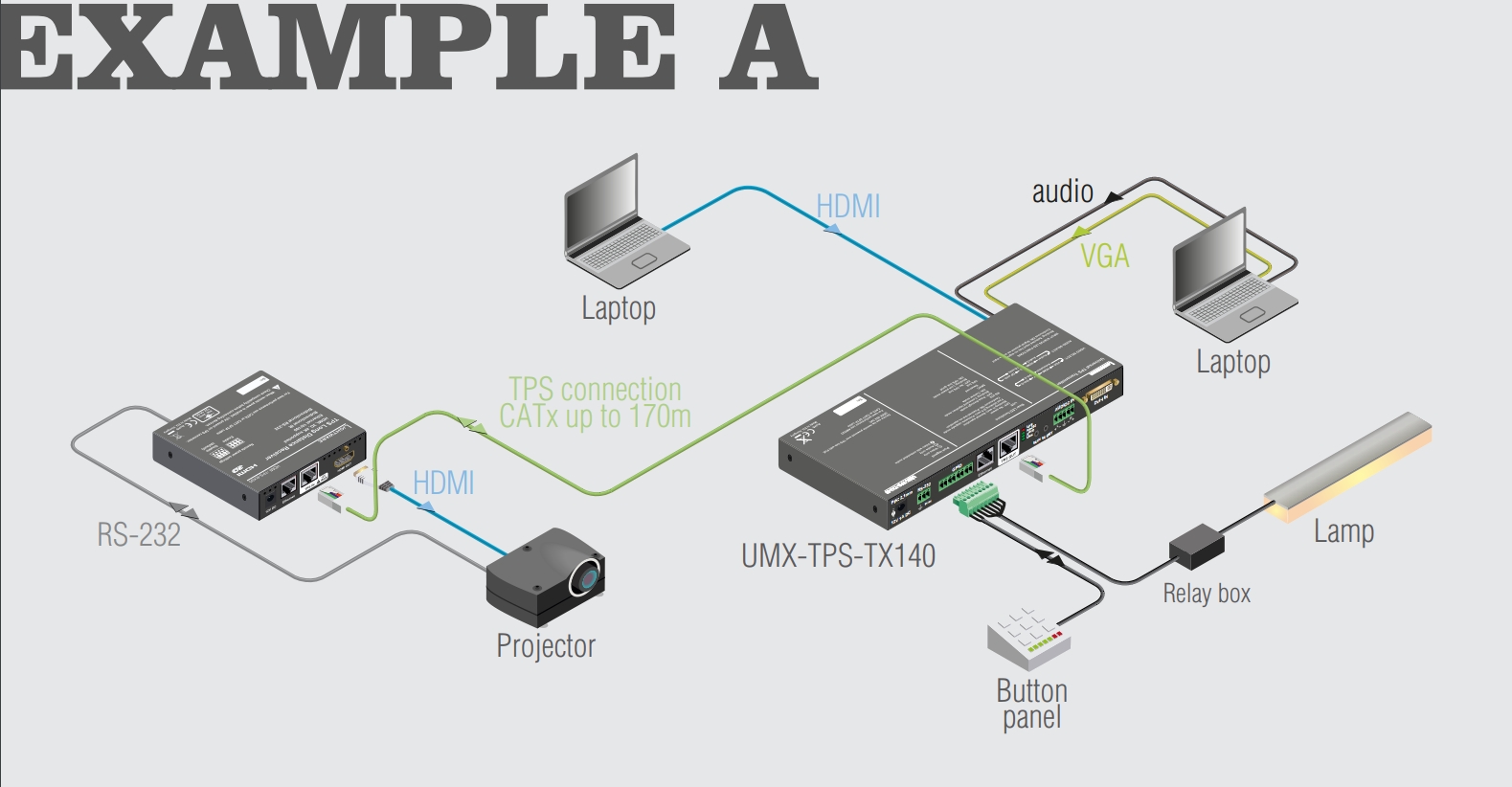 The projector and the rolling screen (via relay box) are connected to the UMX-TPS-TX140. When the user connects a laptop to the HDMI port of the transmitter, then the connected input is selected automatically, the screen goes down and the projector turns on to display the source. 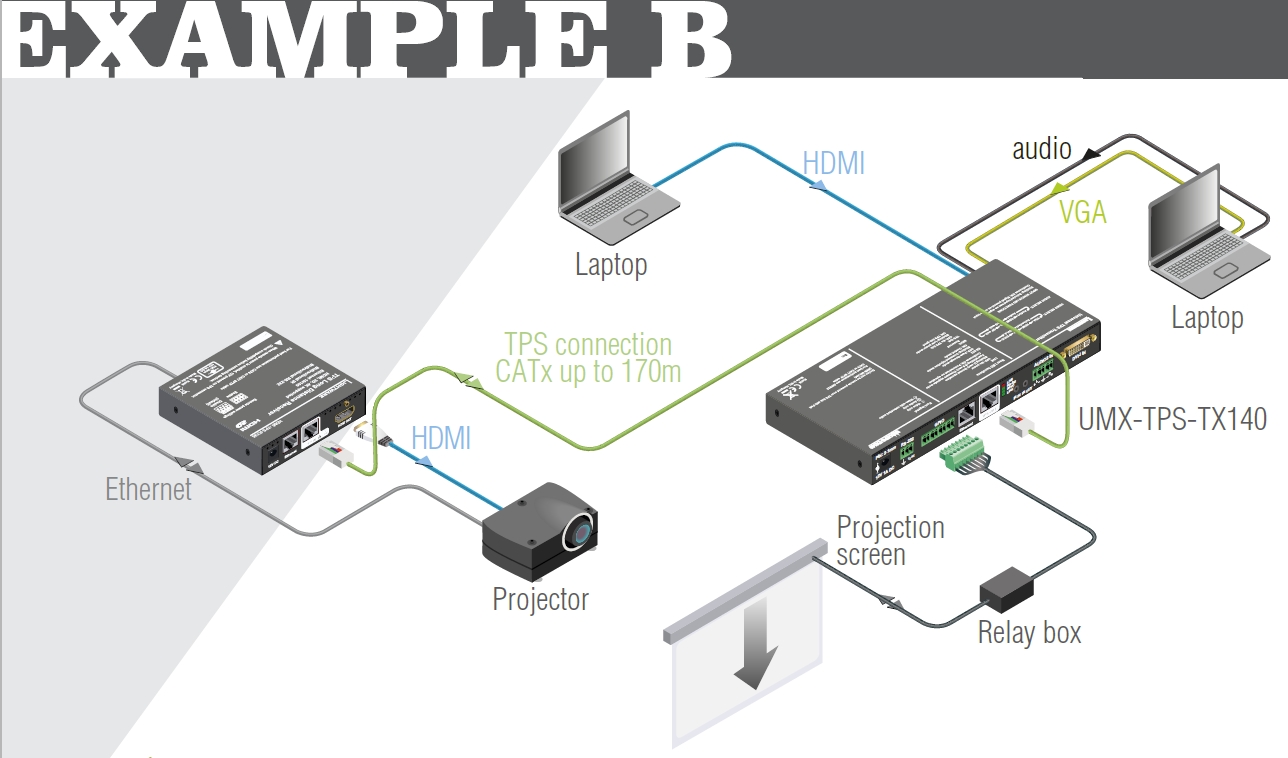