When it comes to dealing with the effects of the pandemic in higher education, there have been no hard and fast rules. Different organisations have responded to the crisis in different ways according to their needs, and we are still seeing that now.

Early adopters are looking to further refine and optimise their workflows, while late adopters are finding some of their plans constrained by the global supply chain issues and lengthening lead times on certain key pieces of equipment. Jonathan Mangnall, Managing Director EMEA, Utelogy Corporation and Craig Storey, Sales Director, Lightware Visual Engineering look to the future and ask if hybrid education is here for good? 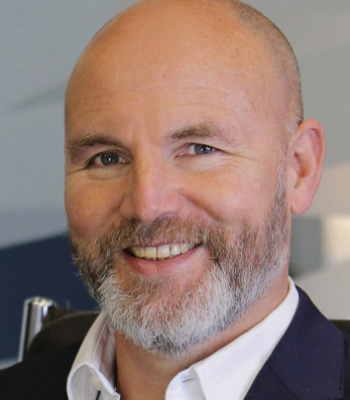 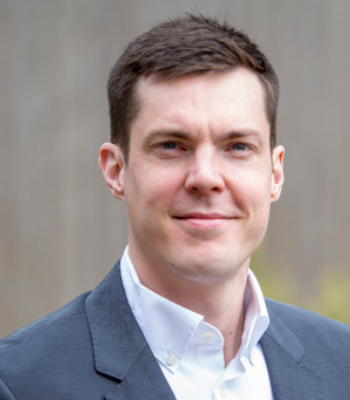 There are some interesting movements in the market as it adjusts to the current Covid situation. With the caveat that many things might change as we head into the winter months, we are seeing a pivot from remote-first models back to classroom-first operation. At one of our most recent high-profile installations at the London Business School, for instance, they have flipped from an 80/20 remote/classroom split to a 20/80 one on the majority of their courses from the autumn term last year to this year.

This has had definite implications for their AV set up. Where once two screens were necessary to handle the number of remote students, now LBS is considering removing one of those screens from some LTs as some feedback has said it is now intrusive and — quite literally — can get in the way of teaching.

Happily the way that the LBS system was set up, rather than being locked into proprietary systems that require programming teams to make changes, it has taken a more agnostic and standards-based approach. LBS use Utelogy to create prototype interfaces to prototype ideas rather than undertaking costly programming that may not reach production.

Furthermore Utelogy enables LBS to create an interface for users that can be rapidly developed that to incorporate new technology that is not possible using the traditional method of programming controllers and panels. This allows LBS to dynamically change their AV setup to maintain the quality of its teaching for the Zoomies (remote students), while ensuring the Roomies (on campus students) are not disadvantaged by rooms overburdened with a physical presence of AV kit. As the pandemic creates many twists and turns, LBS need to be agile to teach through the full spectrum from 100% face to face teaching to 100% virtual, with a huge chunk in between as hybrid.

Striking a balance though is going to be very much part of the future of education. Educational establishments that have invested in upgrading classroom systems as a response to the pandemic will remain at an advantage as hybrid systems allow them to extend their catchment areas beyond geographic constraints.

Hybrid learning is also very much gaining increasing traction in the Executive Education space. LBS hosts up to 80 lectures a day across its campus, to their post graduate students but also to their corporate customers. The corporate customers (Executive Education) have a significant proportion of timepoor executives on high-intensity, short courses. This market is increasingly seeing remote learning as a way of maximising its time and lowering both its costs and carbon footprint. As a result the need for high-quality hybrid learning solutions is something that LBS and others forecast will persist beyond the eventual resolution of the current pandemic and this has already been evidenced in the uptake of hybrid Executive Education programmes at LBS.

Educational establishments are finding increasing uses for AV connectivity too.

LBS has leveraged the BYOD (Bring Your Own Device) capability inherent in Lightware’s Taurus UCX unified communications platform to set up genuinely plug and play breakout rooms in the campus for both students and faculty.

The Taurus UCX leverages the ability to combine video, USB, audio, control and Ethernet signals into one single USB-C cable, which coupled with the unit’s auto switching and advanced room control capabilities provides fast and intuitive set up with no downtime.

“They have to be super easy to use; you need to go in there, you just plug a cable in, and it works. With the technology we had before in this kind of room you would generally have to log onto a PC to be able to access the camera data, and if you only have a 15-minute breakout session you’ve probably already wasted a third of that. If that happens technology is becoming a barrier. For breakout rooms to work properly it needs to be much simpler than that and, thankfully, ours new rooms now are. We just need to roll out more!"

Indeed, as Buttigieg also points out, breakout rooms can also be spun out even quicker virtually. Management and monitoring can also be virtual by using the Utelogy platform and this has driven out significant costs from the day-to-day support operation. The ability to create smaller groups is a valuable tool for institutions looking to replicate the more social elements of physical education models in the virtual space.

New technology is being developed all the time to make the hybrid model more impactful too. Buttigieg talks of potentially using intelligent cameras that are tied into the audio inputs from microphones and will automatically switch between speakers, providing the perfect camera shot at all times.

LBS already highlights what can be done with a state-of-theart AV installation. And while the crisis response that saw educational institutions around the world urgently switch to hybrid models is now a thing of the past, the advantages that the model confers are still present for those equipped to take advantage of them and offer high-quality education both onprem and online.