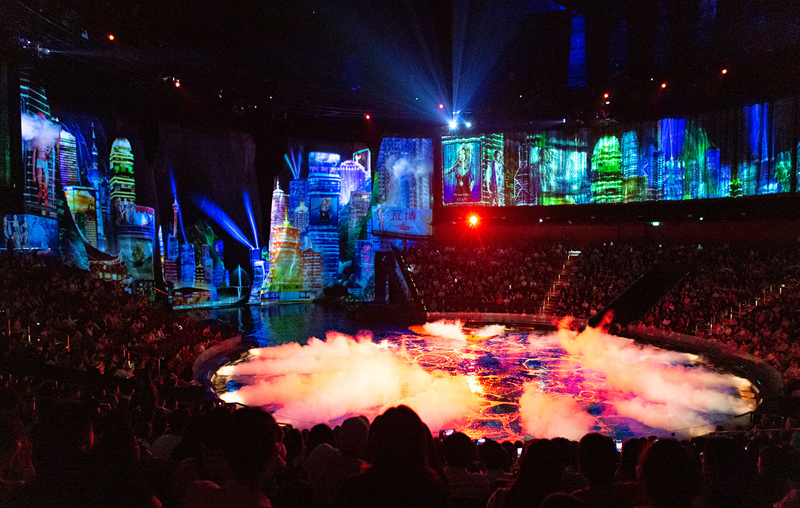 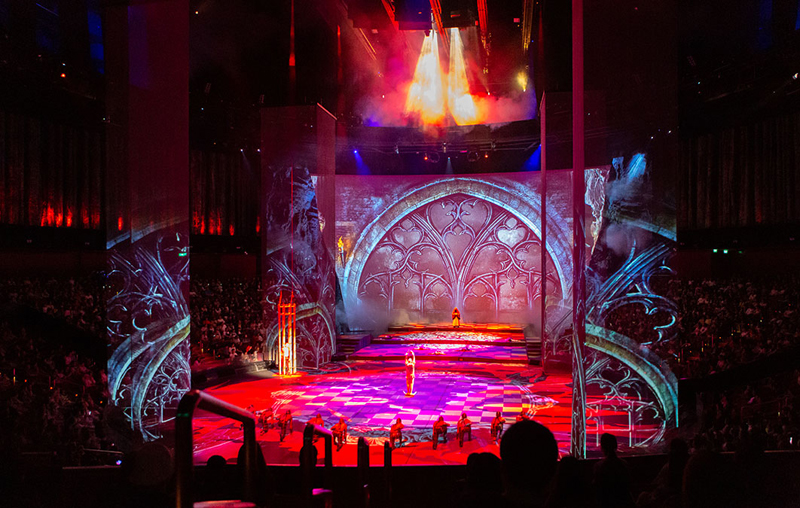 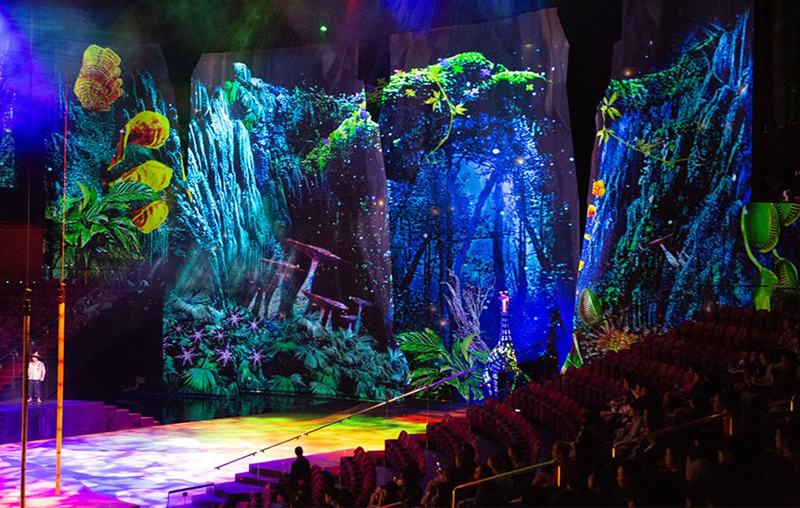 The House of Dancing Water combines water stunts, acrobatics, aerial arts and theatre, and is considered one of the jewels in the entertainment crown in Macau, China.

The spectacular show is performed across a multi-level stage that is part of a 3.7 million-gallon pool, with projections that transform the space into stunning locations transcending time and space throughout the 85-minute spectacle. Different projector positions, zoom and focus values are used for multiple screens, including flat stage surfaces, floating fabric being tracked through the air, uneven curtains and water fountains, delivering a captivating and truly unique water stage production.

"One of the key challenges I had through this migration was to safeguard the integrity of the original video content,... Not only were we able to achieve this, but ended up adding an extra punch to our outputs, creating even more magic for the audience. This was thanks to the combination of the disguise VFC card capabilities, and the signal carrier, Lightware Ubex, which allowed for an increase in resolution, and considerable gain in surface coverage per projector.”